Many Christians are neutral when it comes to this issue; it really doesn’t matter, people say, since all people will be given new bodies in the resurrection of the dead. But our attitudes should not be shaped alone by economics, popularity, feelings, or convenience, but rather by what Scriptures say about this practice. What are some of the reasons given for cremation versus burial?

Most of the reasons are for the sake of convenience, hygiene and cost. Sometimes, cremation is done because it is the “last wish” of the person who died. Whatever the reason we will dive into what the Bible says about burial or cremation when someone passes on.

What are the most common reasons why Christians wanted their dead buried and not burned? For one, the human body was created by God and thus should be respected. Secondly, because Christ himself was the Word became flesh in the incarnation, and given a glorified body at his resurrection, the human body should be hallowed as well. Thirdly, the Holy Spirit indwells believers in both body and soul, and consequently, they are holy and to be treated with honor.

Lastly, Jesus himself, as the believer’s example, was buried and raised bodily from the dead. Scriptures have no direct or explicit command prohibiting burning or cremating the dead.

First of all, burial, not cremation is exclusively mentioned and recommended in the Scriptures. Tender loving care and respect were commanded in preparing the dead body for burial.

Secondly, burial is included in the Scriptural definition of the Gospel of Jesus Christ, as written in Paul’s first letter to the Corinthian church (1 Corinthians 15:3-4). The Gospel is the Death, Burial, and Resurrection of Jesus Christ. Without declaring Christ’s burial, the Gospel would be incomplete.

The Bible never says that God will scour the whole universe, sifting through all the atoms and molecules of cremated humans to restore their body. The Bible teaches that God never changes.

We recall that man was created by God on the sixth day after all the atoms and molecules had been created and were available in the dust for God to breathe life into and Adam became a living soul. At least six elements are needed to create life as we know it.

The cremation process is carried out in a furnace heated to 1500 F for 2 to 2 1/2 hours. All that remains in the cooled ashes are bone fragments, which are ground into sand-like particles that contain only 1 or 2 inorganic elements which would not be recreated back to life by a changeless God who originally created life from the six or more initially select.

The main reason alot of people choose cremation is the cost, let us be honest, how many of us are prepared for death. Rarely anybody worries about that until it’s to late or we might not even get anytime to prepare. Burial prices are through the roof. I had people from a funeral home come to our church and give us information about funeral cost and I honestly never really thought about how expensive it might be.

I was thinking, I’m not even forty, why would I have to worry about that now. But, the fact of the matter is it never to early to start thinking about your final expenses. Here I am thinking I am to young to worry about dying, when in our congregation, one of our Brothers in Christ passed away and he wasn’t even forty himself. Big eye opener for me, made me rethink about not leaving any burden to my family when the good Lord takes me. The funeral home gave us this information for us to share with anybody that needed their services. The comparison about the cost between burial and cremation. 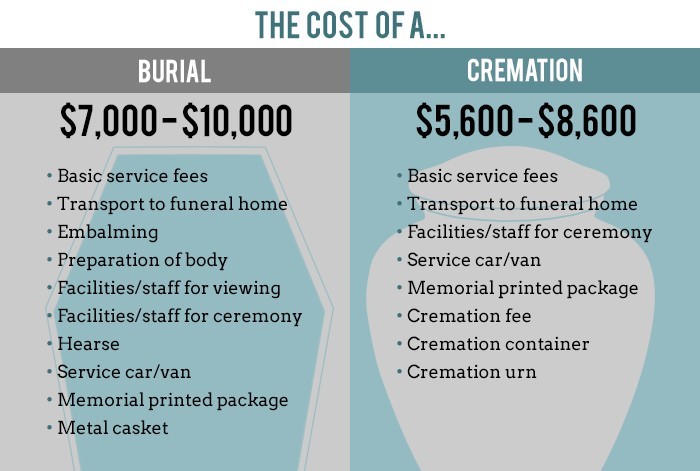 While the Bible nowhere explicitly condemns cremation, most of the Biblical examples of burning people alive or dead involved dishonor or God’s punishment. In the Book of Joshua, Achan, together with his family and the loot he took from the city of Ai, were stoned to death and then their bodies burned because he disobeyed God’s command (Jos 7:24-25).

The bodies of Saul and his three sons were desecrated by the Philistines before the people of Jabesh-gilead took them away and burned them. This was a partial burning, since their bones were left intact for burial. The people of Jabesh-gilead possibly did this to prevent the bodies from further dishonor (1 Sam 31:8-13). By burning the bones of the King of Edom—a pagan—the Moabites did an act of desecration of a human body, thereby provoking God’s wrath and judgment against them (Amos 2:1).

Fire also symbolized, and was actually used in God’s judgment on wicked people. When Judah learns that his daughter-in-law Tamar was pregnant because of sexual immorality, Judah said, “Bring her out, and let her be burned” (Gen 38:24). Judah was merely pronouncing the just punishment prescribed by the Law of Moses against sexual immorality (Lev 20:14; 21:19).

God himself sent consuming fire from heaven against evildoers: Sodom and Gomorrah (Gen 19:24; Jude 1:7), Nadab and Abihu (Lev 10:1-2), and Israel’s 250 rebellious chiefs (Num 16:35). On the other hand, escaping fire is related to escaping judgment, as in the case of Lot and his daughters and Daniel’s three friends. 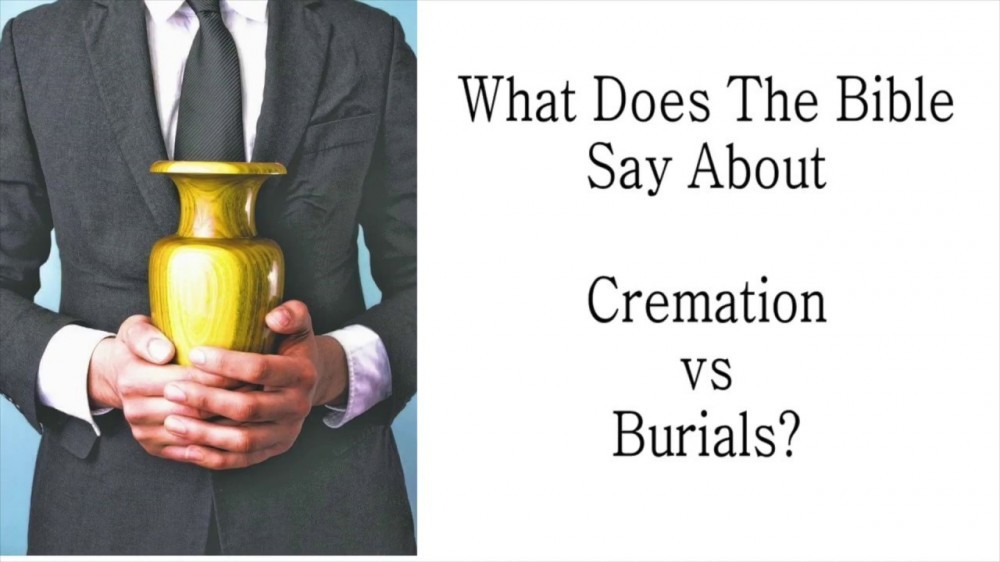 First, all the dead in the Bible, except in the case of King Saul and his sons who were partially cremated (1 Sam 31:12-13), were buried: in caves (Abraham, Sarah), on a mountain (Moses), hills (Eleazar son of Aaron, ), under trees (Deborah, Rebekah’s nurse, King Saul and his sons) , fields (Joseph), tombs (Gideon, King Asa), at home (Samuel), in a garden (King Manasseh), and under piles of stones (Absalom).

Abraham made a great effort to find the right grave for his wife Sarah’s burial place (Gen 23:3). His sons Isaac and Ishmael made sure to bury their father where their mother was buried (Gen 25:9). Before he died in Egypt, Joseph instructed his people to carry his bones out of Egypt to be buried in the Promised Land, believing in God’s promise that Israel would someday return to their homeland (Gen 50:24-26; Jos 24:32). Moses died on Mount Nebo after viewing the Promised Land, and God himself buried him on the mountain (Deut 34:5-6).

But the most compelling Biblical support for burial is seen in the death and burial of our Lord Jesus Christ himself. Christ’s body was carefully prepared with spices, wrapped in strips of linen, and then buried in a tomb owned by a rich man. This burial in a rich man’s grave was even foretold by Isaiah, “And they made his grave with the wicked and with a rich man in his death” (Isa 53:9), pointing to the importance of his burial.

Paul uses an agricultural illustration in explaining death and resurrection. Our bodies are like corruptible seeds in the image of earthly Adam sown into the ground, but in the resurrection, we will have incorruptible, spiritual bodies in the image of the Man from heaven (1 Cor 15:42-49). Does the practice of cremating bodies have any connection with planting seed in the soil? Of course not! It is burial that Paul has in view in using the analogy of sowing seed in the ground.

But what about the heroes of the faith who were sawn into pieces, burned at the stake, drowned at sea, eaten by lions, or blown into pieces or incinerated in fiery explosions? For sure, God could put their bodies back together perfectly with one word.

The Bible is full of examples of God doing the impossible, especially in the creation of human beings inside barren wombs. If he wanted to show us the greatest example of his creative power, he could have allowed Jesus to be burned to ashes and then resurrected him with a glorified body!

1. The history of cremation attests to its roots in pagan societies whose idea of a human being is similar to Greek gnosticism, and who have no hope of a bodily resurrection.

2. Biblical data points to burial as the honorable treatment of the dead, and burning as desecration of or God’s judgment against the dead.

3. Biblical evidence also makes burial as the primary option for Christians who believe in a future resurrection of the dead.

My thoughts on this are just like any other God Fearing Christian, will God be happy if I go with cremation and not burial. The only conclusion I could come up with is that God’s love for us is real and it is everlasting. God will not judge us or condemn us for choosing cremation over burial. It depends in what situation we are in when we die.

Did we Honor and Glorify His name while we where alive? Did we help our brothers and sisters when they needed a hand? Did we spread the Gospel like His Word asks us to do? That is what will be important to him, what type of heart we had because, that’s where the springs of life flow (Proverbs 4:23). God knows our hearts and he knows what we think. We have to prepare for our passing by walking with God everyday of our lives because, it might be our last.

Financially we might not be able to afford a burial and end up going with cremation but, that should not be a situation that drifts us away from God. Jesus promised us eternal life if we believe in Him and it doesn’t include (unless you choose cremation over burial). We believe in a God that brought bones back to life (Ezekiel 37), how can we not expect Him to bring us back from cremation and give us heavenly bodies like the Apostle Paul said.

There is really no right or wrong answer to this question as we have studied God’s Word. Let us remember that we serve a God, that when we think something is impossible, He makes everything possible. Blessed Be The Name Of Our Lord Jesus Christ Forever, Amen, Amen Amen. 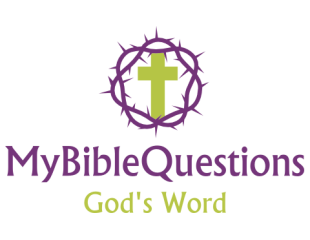 How Did Elijah Die
Can I Remarry After Committing Adultery
Why Are The Jews Gods' Chosen People?
What Does God Say About Tattoos And Body Piercings
The Star Of David Meaning