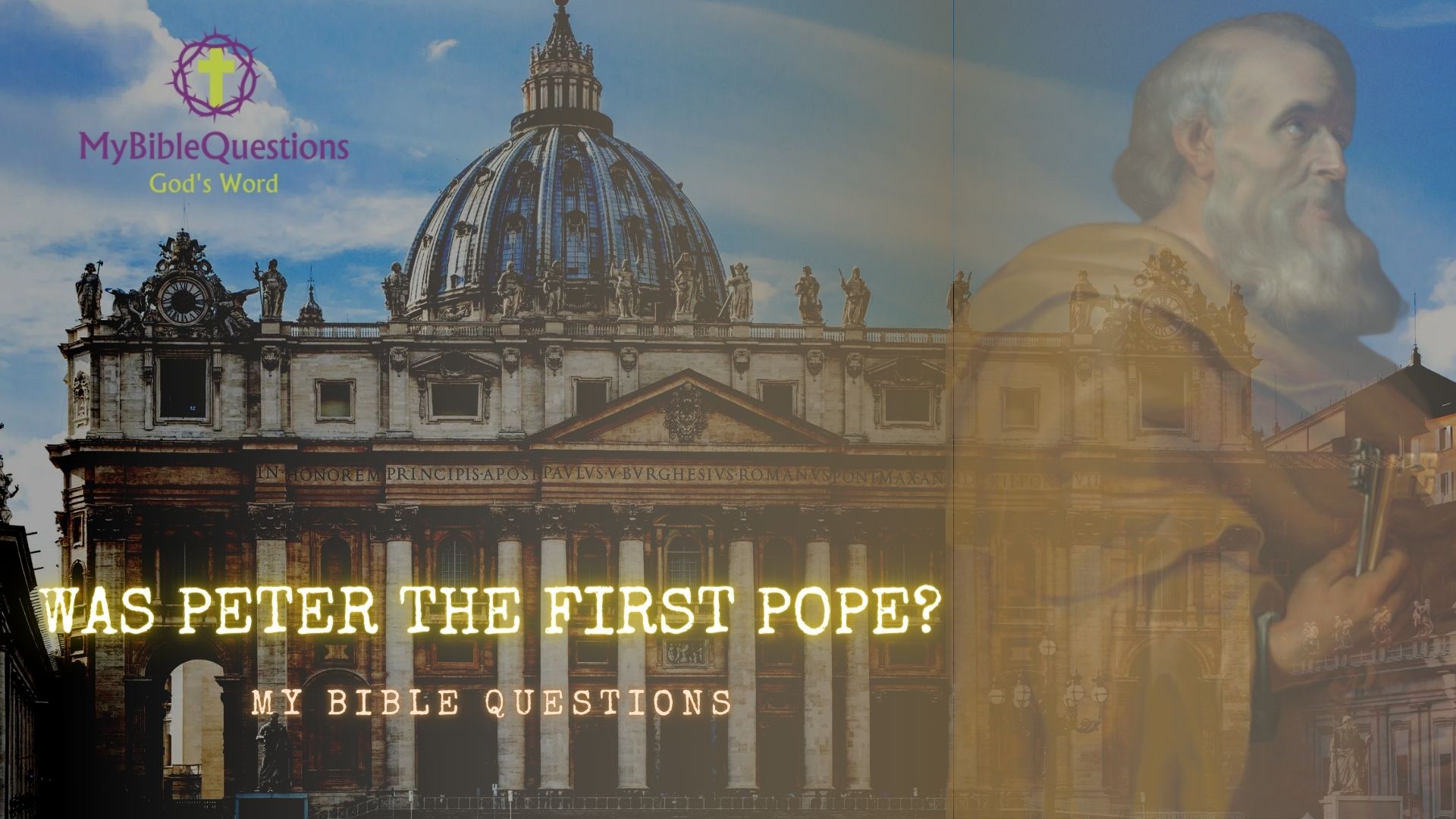 Is it true that Peter was the first pope? Based on their line of Apostolic succession from Saint Peter, one of Jesus‘ twelve original Apostles, to the present day, the roman catholic church maintains that Peter was in fact the first Pope.

The Catholic church thus claims that the Roman Catholic church is the only real church apart from which there can be no salvation, based on this uninterrupted line of Apostolic succession.

Some Catholics may counter that this is simply not true and that the Catholic church does not teach that they are the only way for people to be saved.

However, some catholics may claim that, as a result of vatican II, the roman catholic church now recognizes that the fundamentals of salvation do exist in other churches as well.

Some parishes may be willing to provide communion to christians who have not been baptized in the catholic church, but they are doing so in defiance of the official ruling of the catholic bishops who establish the church dogma.

Now there is talk of changing these dogmas, but no changes have been done yet, only talk.

As a result, many catholics will not question the teachings of the catholic church to determine if they are being taught the truth of God’s word, because the roman catholic church officially preaches that they are the one and only one true church.

But, I  can assure you that the catholic church is not the only church that teaches salvation through our Lord Jesus Christ. And in this time together we will show that all anyone needs to grasp the Gospel of our salvation is the word for Truth, the Holy Bible, which is The Almighty God’s own word.

That’s the truth. If you want clear, simple, and straightforward answers to what you must do to be saved, go straight to the Source, God’s Word, the Holy Bible, and read the Truth as God commands us to do.

You will see that there is no place in the Bible where Peter is referred to as the “Supreme Pontiff” over the other apostles. You will also find no evidence in the Bible that Peter ever visited Rome.

Only 15 times does the word “Rome” appear in the Bible, and Peter is nowhere to be found in any of these chapters relating to Rome. The truth is that the Bible makes no reference to Peter ever visiting Rome. 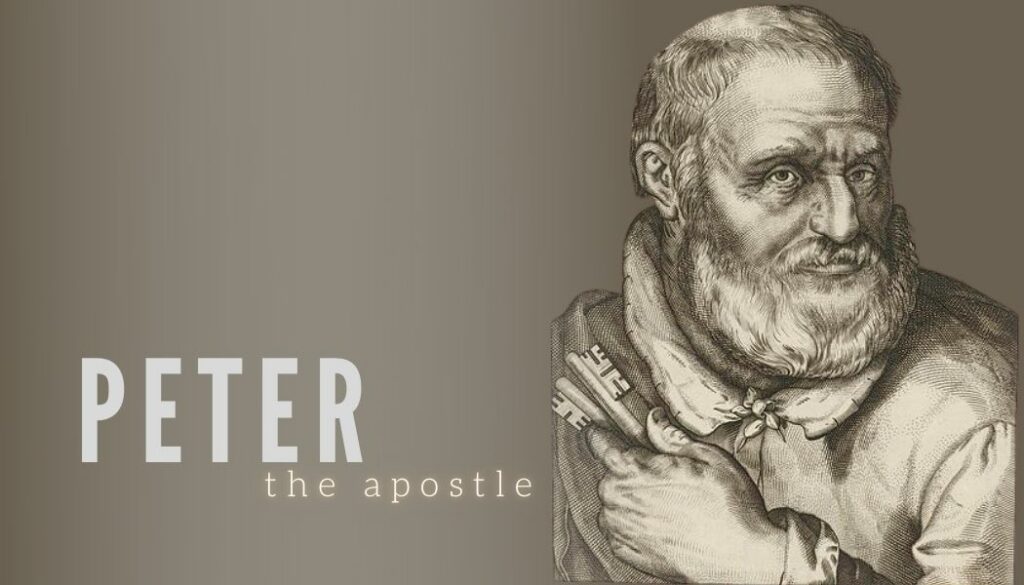 Some catholic apologists may try to counter by using 1 Peter 5:13, in which Peter says,

“She who is at Babylon, who is likewise chosen, sends you greetings, and so does  Mark, my son.”

Some Bible historians believe that the word “Babylon” was a code name for the city of Rome that early christians used to avoid persecution of the church in Rome.

Now, while this reading may be correct, other Bible experts contend that, according to Josephus’ (Romano-Jewish historian) writings, Babylon was an actual city at that time in history, and that Peter was speaking of Babylon, not Rome.

In any case, the context of this verse does not require Peter to be in Rome or Babylon, assuming they are two different locations, in order to send greetings on behalf of this church wherever it may be.

You can see letters of greeting being sent to and from other churches all of the time to check how their fellow believers were doing.

If you accept no other interpretation and demand that Babylon be a code name for the city of Rome, please read 1 Peter 5:12,13 for yourself. You will see that this is just a welcome from Peter given for or on behalf of the church at Babylon or Rome.

12 By Silvanus, a faithful brother as I regard him, I have written briefly to you, exhorting and declaring that this is the true grace of God. Stand firm in it. 13 She who is at Babylon, who is likewise chosen, sends you greetings, and so does Mark, my son.

I have written briefly, exhorting, and testifying that this is the true grace of God wherein ye stand, by Silvanus, a good brother unto you, as I presume. (In other words, I Peter has written unto you who are in Galatia to exhort you and to give you greetings from Silvanus who is at Babylon or Rome, if you like, who speaks for…)

13 She who is at Babylon, who is likewise chosen, sends you greetings, and so does Mark, my son. 14 Greet one another with the kiss of love.

This one ambiguous verse, on the other hand, provides more evidence that Peter was never in Rome, let alone the supreme pontiff or pope over the church at Rome as the seat of the entire church body of believers, rather than laying the foundation for supreme authority to be given to one man over the entire church.

We can see, how critical it is to base the church’s beliefs or teachings on what the Bible plainly teaches us, rather than on church traditions?

Whenever there has been a dispute over doctrine or an argument over what some in the church were teaching, they have always gone back to the teachings of Jesus and the twelve original Apostles of Jesus who were eyewitnesses to what actually happened and heard what was actually said by Jesus, and we have these writings of the first apostles recorded for us all to read for ourselves to decide for ourselves.

In other words, do not teach dogmatic doctrine if it is not clear, plain, and simple to observe and understand. And the roman catholic church dogmatically preaches that it is the one true church and the only church that can trace its roots all the way back to Peter being the first pope.

However, this isn’t the whole story. Other protestant denominations claim to be able to trace their roots all the way back to Jesus. If you want to learn more about the linage of these other churches, there are some websites out there that show how these other churches trace their roots back to Jesus, but certainly if any church that claims to trace its apostolic succession back to the early apostles is teaching a false doctrine.

So, whether or not you can trace your denomination’s church roots back to Jesus’ earliest apostles in an uninterrupted line of apostolic succession is irrelevant. This is not what distinguishes a true church from others by ensuring that none of its teachings are flawed. The only way to fully know if what you are being taught is the truth is to go right to God’s Word for yourself.

Then there are some protestant churches that are more flexible, and they have a secondary list of debatable teachings that are taught as truth, but they are more flexible, and thus they are allowed to be discussed freely and debated using scripture as long as everyone agrees not to become hostile and cause strife if they cannot accept what their fellow brother or sister believes. Then these teachings can be reformed and adjustments made to make them clearer and easier to understand so that they agree with God’s entire word.

For instance, if you believe that a women should be ordained as priest… “Only a baptized man validly gets ordination,” says paragraph 1577 of the Catholic Church’s Catechism. As a result, women’s ordination is not conceivable!” Maybe you think contraception is a good idea. Contraception is essentially immoral, according to paragraph 2370.

When you choose to reject some teachings that you disagree with, you are undermining the authority that Christ bestowed on the Church, and you begin to follow your own “catechism” rather than the teachings of Christ’s Church.

Our faith is no longer christian if we don’t believe all of God’s Word if we individually declare ourselves pope and throw out teachings here or there.

First and foremost, I want to emphasize that Jesus gave his church authority to fearlessly preach and teach His Gospel, not our own gospel.

There are many different groups of believers who do indeed speak the same thing about the core essential teaching that Jesus is the Son of the Almighty God the Father and that the Almighty God so loved the world that he gave his only begotten Son to suffer and die for the sins of the whole world that whoever believes in his son Jesus shall not perish, but shall be given eternal life.

Any teaching that goes beyond this core belief that is acknowledged and believed by the whole group of believers is debatable and should not be taught dogmatically as essential to salvation.

According to the Bible, God invited Paul to preach to Rome, not Peter, hence Peter was not the first Pope.

In Acts 23:11, the Lord personally summoned Paul to be a testimony for him in Rome.

11 The following night the Lord stood by him and said, “Take courage, for as you have testified to the facts about me in Jerusalem, so you must testify also in Rome.”

God called Paul, not Peter, to preach the gospel of Jesus Christ in Rome, as the catholic church would have catholics believe, because if the catholic church fails to prove beyond a shadow of a doubt the so-called authority of an unbroken apostolic succession, they will lose all credibility as the one and only true church, apart from which there can be no salvation, and as a result, they will lose members who have questions about their teachings.

Didn’t Peter realize he was in a position entrusted to him by Christ? The Roman Catholic Church accepts the supremacy of the papal office. The Roman Catholic pope, it appears, has no qualms about expressing such self-affirmations.

This, however, is not what Peter does in the Bible. One has to question why the current Pope of the Roman Catholic Church does not follow Peter’s guidance, as they profess to do. Despite this, Peter does not assert his own superiority. In fact, he declares himself to be a fellow elder and a witness to Christ’s sufferings. 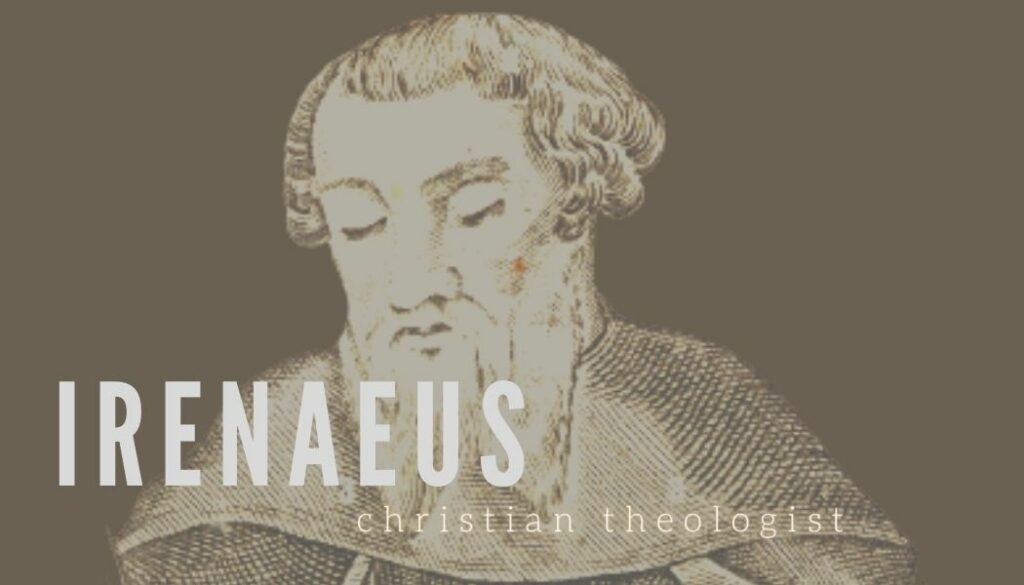 Irenaeus was a Greek bishop known for managing and establishing Christian communities in modern-day France’s southern regions, as well as for advancing Christian theology by battling heresy and defining orthodoxy more broadly. He had seen and heard the preaching of Polycarp, who was supposed to have heard John the Evangelist and therefore was the last-known live connection with the Apostles, having come from Smyrna.

Irenaeus’ list of the first ten bishops of Rome, published in 200 AD, is the oldest extant list of Bishops of Rome. This list does not include Peter. Linus is listed as the first bishop of Rome on this list but, the Roman Catholics have him second on their list. So you can do the research and find out why these two lists are different.

When Constantine became Emporer of Rome in late 300 AD, he created the position of pope. He became the head of the church after endorsing Christianity. So you can say, he was the first pope. Also in historical sources, there is no conclusive evidence that Peter ever visited Rome. His labor was among the Jews, and if he had founded the church in Rome, Paul would almost certainly have mentioned it in his writings.

This topic can be controversial but, when we go to the Bible and read it, God will reveal the truth to us every time.